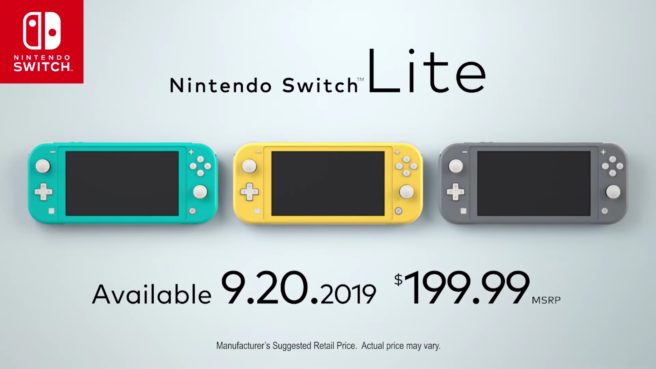 The Switch Lite is significantly cheaper than the original system. This new version costs $200, whereas the main launch device is still set at $300. It was all very calculated, as Nintendo “wanted to make it cheaper for a bigger impact and to make sure it will be a big hit in the U.S.,” according to The Wall Street Journal’s Takashi Mochizuki.

In his recent report, Mochizuki wrote:

Suggesting Nintendo’s eagerness to capture the low end of the market, suppliers say the company aggressively tried to cut costs and weighed a price tag below $200. An executive at one supplier said it battled Nintendo for months over the price of a key component.