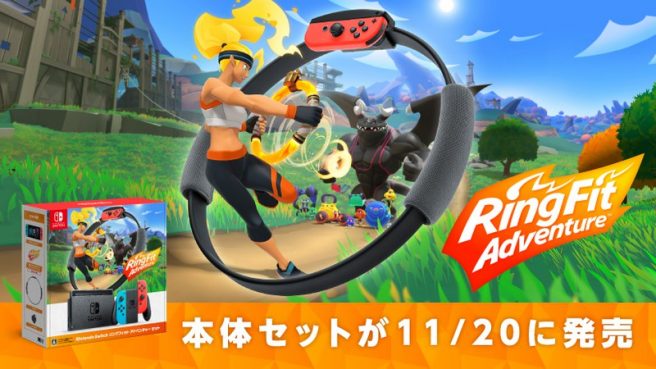 Nintendo has announced a new Switch bundle, though for it’s for a game that’s been out for quite some time. Ring Fit Adventure will be sold with the console in Japan starting next month.

This is strictly a system and game bundle, but the device doesn’t feature a special design. Nintendo does say that the software comes pre-installed.