Nintendo arcade game Sky Skipper getting a release on Switch 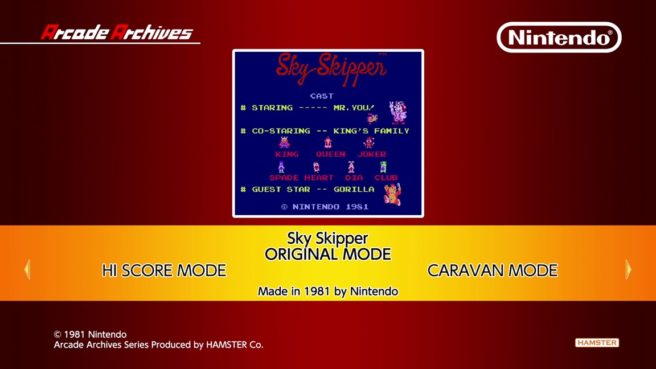 Sky Skipper is an arcade game from Nintendo that some may be unaware of. The title did come out in Japan a few decades ago, but after performing poorly, never made it to North America in its original form.

Thanks to Hamster’s partnership with Nintendo, the game is finally returning and getting a proper release in the west. Announced during the Treehouse Live stream today, Sky Skipper is coming to Switch. It will be released under the Arcade Archives banner.