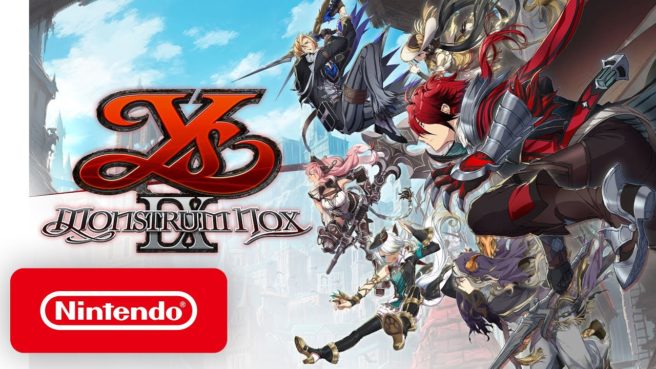 The devilish descendant of the Mishima warrior clan prepares to rumble and pummel any opponents. Kazuya from the TEKKEN fighting game series joins the Super Smash Bros. Ultimate game as its newest playable DLC fighter this week! Challenger Pack 10 contains Kazuya as a playable fighter, a new stage and a selection of music tracks from the decades-spanning TEKKEN franchise. Challenger Pack 10 is part of Super Smash Bros. Ultimate Fighters Pass Vol. 2, which can be purchased for $29.99 and also includes Min Min from the ARMS game, Steve & Alex from Minecraft, Sephiroth from the FINAL FANTASY series, Pyra/Mythra from the Xenoblade Chronicles 2 game and one yet-to-be-announced fighter that will release later this year. Challenger Pack 10 can also be purchased separately for $5.99. It’s time for you to meet your next fighter!

Fuser
NEO: The World Ends with You

My Nintendo The Legend of Zelda: Skyward Sword HD Sweepstakes – To help commemorate the release of The Legend of Zelda: Skyward Sword HD for the Nintendo Switch system, My Nintendo members have a chance to win a legendary collection of prizes! Just redeem 10 Platinum Points**** to enter the sweepstakes, with up to three entries total. Ten lucky winners will be picked, so enter today! Visit https://my.nintendo.com/news/6338e1f1687b6917 to learn more about this offer.