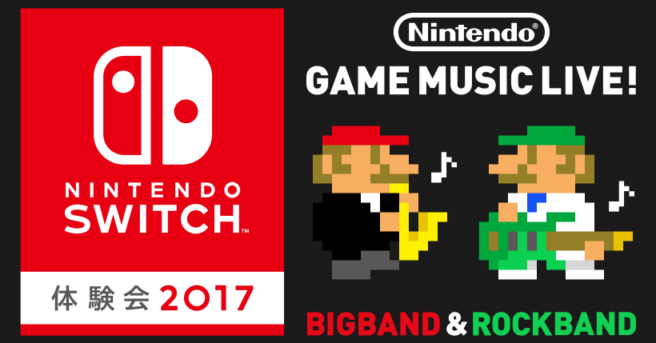 It seems like Nintendo is pulling out all the stops for the big Switch event at Tokyo Big Sight in January. In addition to being able to try out the Switch for themselves, attendees will also get to experience various concerts.