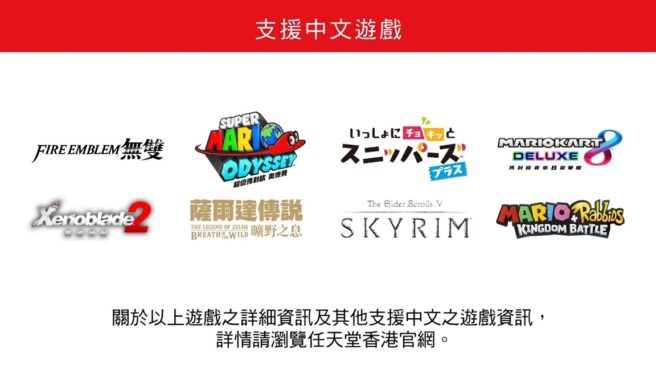 Nintendo published a video earlier today highlighting its plans for China. A number of games are being prepared with Chinese translations.

The video highlights the following titles:

The video showed these games as well, but only their titles:

If you’re interested in watching the video, you can do so below.