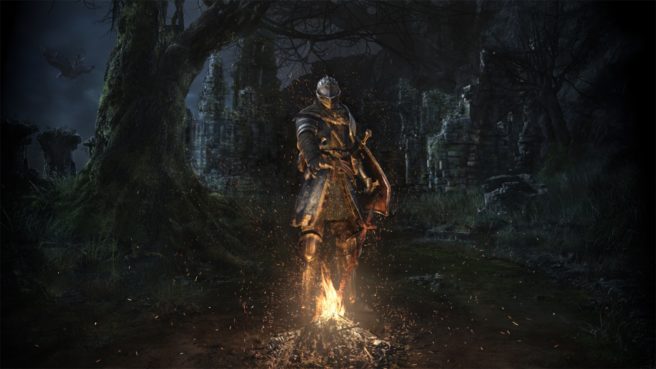 Nintendo has revealed its playable lineup for PAX East 2018. A number of titles will be playable for the first time, including Dark Souls: Remastered, Wolfenstein II, Sushi Striker, and more. Donkey Kong Country: Tropical Freeze and Hyrule Warriors: Definitive Edition will also be at the show, along with a few other heavy hitters.

The full list of playable games is as follows:

If that wasn’t enough, Nintendo will have a special selection of playable, unreleased indie games within the Nindie Arcade, located in the Nintendo booth. These games will be featured:

Indie games to be playable in the Nindie Arcade include:
Just Shapes & Beats* from Berzerk Studio
Dead Cells* from Motion Twin
The Messenger* from Sabotage and Devolver Digital\
LUMINES REMASTERED* from Enhance Games
Runner3 from Choice Provisions
West of Loathing* from Asymmetric
Pool Panic from Adult Swim Games
Pode from Henchman & Goon
Garage* from tinyBuild Games
Next Up Hero from Aspyr Media and Digital Continue

*First time playable by the public.

My Nintendo members who check in using their My Nintendo QR Code at the booth will receive a pass on a first-come, first-served basis that allow them access to a priority line to skip ahead to play select games during specified times. Those who do not receive passes will receive a My Nintendo pin.