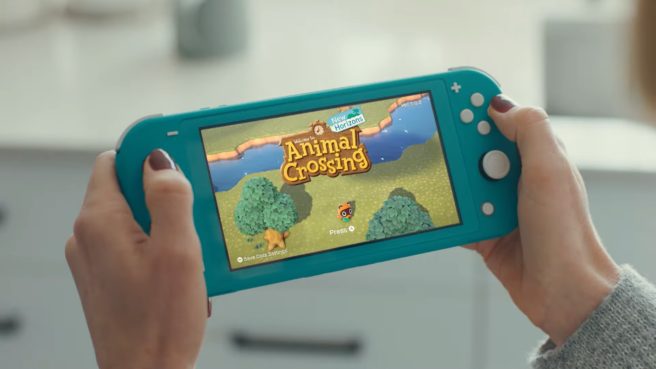 Nintendo has stressed the appeal of promoting its evergreen games in light of the coronavirus, and the company simply can’t rely on new titles. President Shuntaro Furukawa, speaking during a financial results conference call, brought up Ring Fit Adventure and how there’s still lots of unfilled demand there due to limited supply.

Furukawa also touched on Animal Crossing: New Horizons. He noted how the game has been shared by others with the likes of family and friends, “and this further expanded through the spontaneous and widespread sharing of information on social media.” Ultimately, “many more consumers are purchasing the title than we had initially expected.” Nintendo will now be looking at “how to recommend a second or third title to them, and how we can leverage our already-released titles in doing so.”

On the topic of software, I understand that the release timing (of new software titles) needs to be adjusted flexibly to reflect changes in the surrounding environment from now. On the other hand, even in the case that the company will not be able to release new titles as planned, I feel that the number of titles that have already been released, together with the release of Animal Crossing: New Horizons encouraging growth in the number of new users, as explained in the financial results briefing, has resulted in good momentum. I expect that many of these new users also don’t yet own the evergreen titles. Perhaps it may also become necessary to further consider how well you can sell the titles that have already been released, and to what extent these titles can drive hardware sales. Could you discuss how sales strategies of this kind and others are changing under the current circumstances?

To give you some more context for my earlier comments (See Question 3) about striving to work flexibly under these circumstances, our thinking is that more than ever before, we can’t rely only on new titles, but we need to ensure that we are communicating the appeal of our already-released, evergreen titles to consumers, and creating opportunities for consumers to experience them. For example, we feel that the potential demand has not yet been filled for Ring Fit Adventure, which released last year and continues to be in short supply worldwide. Accordingly, we will put emphasis on its sales as a core title during this fiscal year as well. We are continuing to manufacture Ring Fit Adventure, and we expect to be able to continue to supply it to the market, albeit gradually. We want to turn that potential demand into actual demand and see steady sales. With Animal Crossing: New Horizons, the speed at which it sold initially was far higher than originally expected. Consumers had high expectations for this title from the start, and so we thought we should aim to achieve total lifetime sales at around the level we’re at now, but sales numbers have grown faster than we expected right from release. As mentioned during the explanation of the financial results, fans of past titles in the Animal Crossing series who are now in their 20s and 30s are notable among those first experiencing the new title, and within that group is an especially high number of female fans. We are happy to observe that, after that, these individuals have shared about the game with others, including family, friends, and acquaintances, and this further expanded through the spontaneous and widespread sharing of information on social media. As a result, many more consumers are purchasing the title than we had initially expected. And since this phenomenon has led to many consumers purchasing new hardware, I think a key topic for this fiscal year will be how to recommend a second or third title to them, and how we can leverage our already-released titles in doing so.