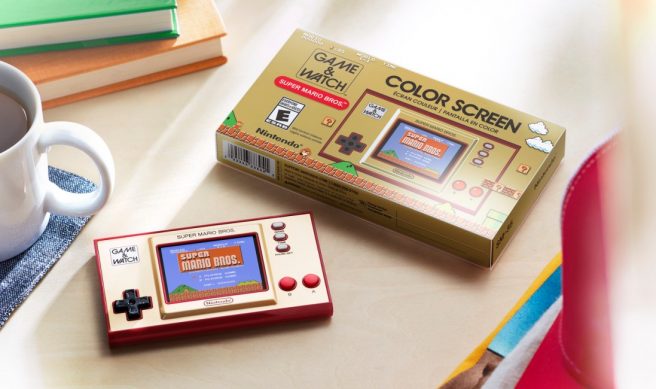 The Game & Watch: Super Mario Bros. system won’t be around forever, but it will be distributed for a few months. Nintendo’s website for the product has updated and says it “will continue to be shipped to retailers through approximately March 31, 2021, and will be available for purchase while supplies last.”

If you’re in North America and are hoping to secure a pre-order, you might be out of luck. The official website no longer has a notice about reservations and instead says Game & Watch: Super Mario Bros. will be “releasing November 13th”.

Things are different in Europe where pre-orders have been open for some time. Amazon UK currently has it here for instance. Importing is an option if that’s something you want to pursue.