Black Friday 2020 is just on the horizon, and Nintendo has a few things planned for the big shopping event. The company outlined some of the deals incoming later this month.

First up is something that was previously outed: a Mario Kart 8 Deluxe Switch bundle containing a three-month membership to Nintendo Switch Online. It’ll be sold for $299.99 starting November 22.

The holidays are rolling closer, and this year families are looking for creative ways to connect and spend time together. For Black Friday, Nintendo is bundling a Nintendo Switch system with a download code for the digital version of the Mario Kart 8 Deluxe game along with a three-month membership to Nintendo Switch Online – the service that lets friends and families play compatible games together online – all in one package. At a suggested retail price of $299.99, this bundle represents a great value, delivering the ability to jump right into friendly Mario Kart 8 Deluxe races in person or online, right out of the box. This Nintendo Switch bundle will be available starting Nov. 22. Please check local retailers for availability and promotion timing details.

For those looking to kick-start or expand their game libraries, several Nintendo Switch games will also be available for a suggested retail price of only $39.99 each, which is $20 off their regular suggested price. From journeying with Mario through colorful environments to scaring up some spooky fun with Luigi or exploring a mysterious chapter of the Legend of Zelda series, these Black Friday offers are an opportunity to stock up on titles for Nintendo Switch ahead of the holidays. Families can take advantage of the $20 discount (actual discount may vary) on games such as Super Mario Maker 2, Luigi’s Mansion 3, The Legend of Zelda: Link’s Awakening, Fire Emblem: Three Houses, Mario Tennis Aces, Yoshi’s Crafted World, Splatoon 2 and New Super Mario Bros. U Deluxe. Whether shoppers are searching for just the right gift for a loved one or simply looking for relaxing ways to unwind and enjoy “me time,” Nintendo is offering a wealth of options for fun and entertainment this year.

In addition, friends from the Pokémon series can also be encountered this Black Friday with Pokémon: Let’s Go, Pikachu! and Pokémon: Let’s Go Eevee! for Nintendo Switch available for $29.99 each, which is 50% off their regular suggested price. Pikachu and Eevee are ready to make new friends in these rollicking romps through the vibrant region of Kanto. Minecraft enthusiasts can bring home the dungeon-crawling adventures of Minecraft Dungeons Hero Edition, which includes two DLC packs and extra content, available at a discounted Black Friday suggested retail price of $19.99.
“When people are doing their holiday shopping this year, we want to provide them with an array of choices for spending family time together through the excitement and fun of Nintendo Switch,” said Nick Chavez, Nintendo of America’s Senior Vice President of Sales and Marketing. “Black Friday is the perfect opportunity for shoppers to gift themselves a Nintendo Switch system as well, with a new bundle that offers instant connection with Nintendo Switch Online, along with a full suite of offers on games in our software library.”

With the Black Friday Nintendo Switch bundle, the included three-month membership to Nintendo Switch Online offers access to a whole world of fun and games. Nintendo Switch Online is an online service that lets members connect and play compatible games online with friends and family around the world. With online play in compatible games like Animal Crossing: New Horizons, Pokémon Sword, Pokémon Shield, Super Smash Bros. Ultimate, Mario Kart 8 Deluxe, Splatoon 2, Tetris 99 and many others, a Nintendo Switch Online membership can help members experience everything Nintendo Switch has to offer. It also offers exclusive access to the new, competitive online battle game Super Mario Bros. 35, along with access to 90+ classic Super NES and NES games to explore and enjoy, such as The Legend of Zelda: A Link to the Past, Super Metroid and Super Mario Bros. 3. Bringing home the Black Friday Nintendo Switch bundle will let individuals and families experience all this content throughout the holiday season and beyond!

There are other holiday options to consider from Nintendo this year as well. Nintendo Switch Lite is a dedicated portable system that’s compatible with any Nintendo Switch game that’s playable in handheld mode, so players can jump into their favorite games wherever they happen to be. Those looking to get cozy and relax with big adventures can experience some of Mario’s acclaimed 3D platforming games – Super Mario 64, Super Mario Sunshine and Super Mario Galaxy – all in one package with Super Mario 3D All-Stars.

Nintendo also recently launched Mario Kart Live: Home Circuit, a new experience that brings the fun of the Mario Kart series to the real world using the Nintendo Switch system to control a real-life, physical kart. And on Nov. 20, anyone who enjoys epic quests and breathtaking battles can sink their teeth into the Hyrule Warriors: Age of Calamity game, which is set in the land of Hyrule 100 years before the Legend of Zelda: Breath of the Wild game.

For those looking to pick up a gift for an Animal Crossing fan this year or even jump in on the fun themselves, The Nintendo Switch – Animal Crossing: New Horizons Edition system is also available at participating retailers for purchase at a suggested retail price of $299.99. The system features pastel green and blue Joy-Con controllers and a white Nintendo Switch dock with images of Tom Nook and Nooklings Timmy and Tommy. Start feeling those tranquil island vibes with the inviting imagery of Animal Crossing: New Horizons.

For something a little more active, Ring Fit Adventure is a game that lets players explore an adventure world and conquer enemies using real-life movements with the included Ring-Con and Leg Strap accessories. It even includes customizable workout routines and mini-games that can target specific muscle groups. Players can also keep their bodies moving with Just Dance 2021, the ultimate dance game that lets families bop along to chart-topping hits, or Fitness Boxing 2: Rhythm & Exercise, a game that invites players to work out with a variety of high-energy boxing exercises.
A variety of digital deals will also be available for Black Friday in Nintendo eShop on Nintendo Switch. Details on promotion timing and featured titles will be available at a later date.

Visit the Nintendo Holiday Gift Guide to learn more about what Nintendo has to offer this holiday season: https://nintendo.com/holiday/deals/. 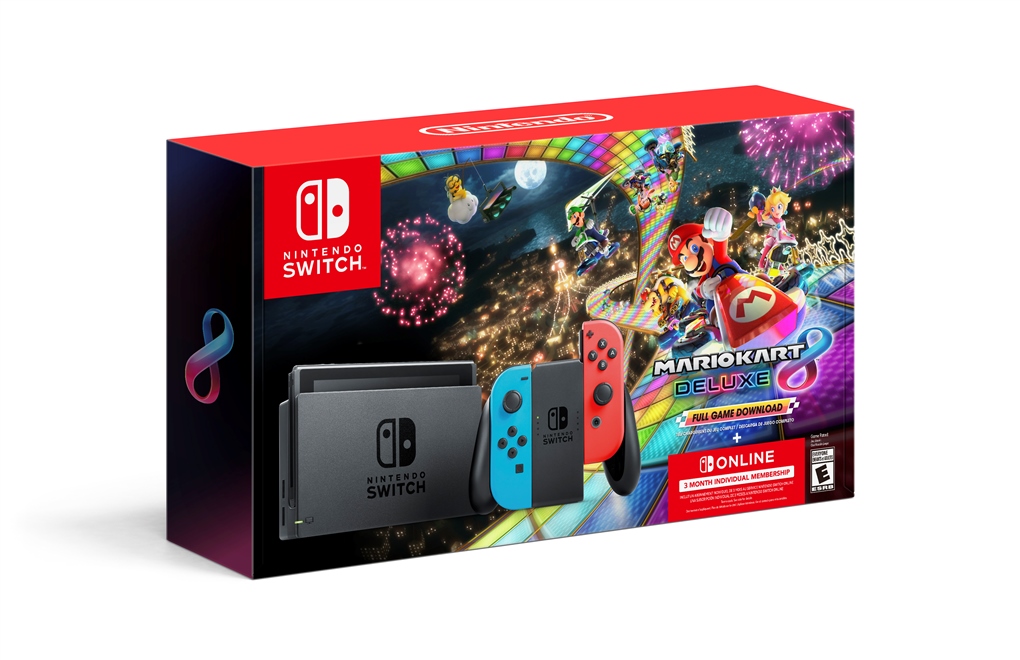