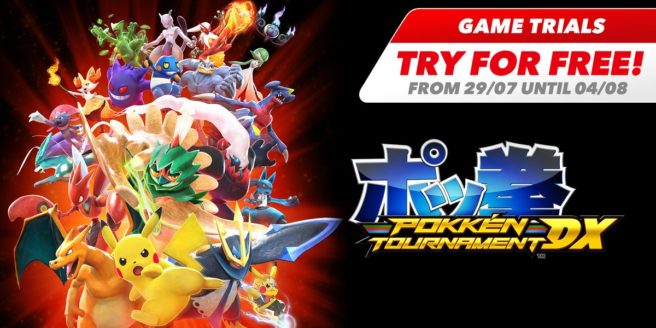 Update: Nintendo has just confirmed the same offer for North American and European Switch Online subscribers. In North America, it’s July 29 to August 4 in both regions.

Nintendo has revealed the next game that will be made available for free to Japanese Nintendo Switch Online subscribers. Between July 27 and August 2, Pokken Tournament DX can be experienced in its entirety. Save data is compatible with the full version.

Pokken Tournament DX will also be going on sale along with the promotion. Between July 27 and August 9, it’ll be down to 4,604 yen instead of 6,578 yen.