Nintendo Treehouse on the skills in The Elder Scrolls V: Skyrim 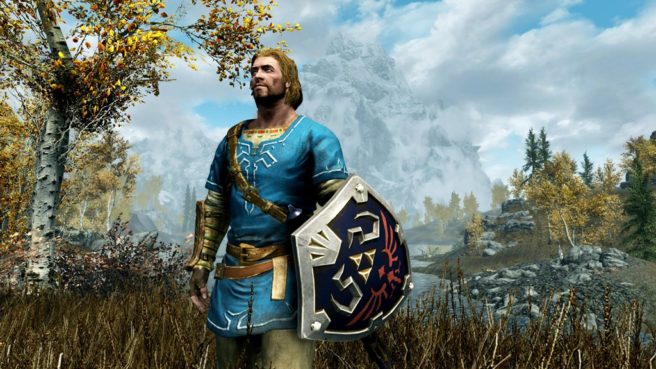 Nintendo Treehouse is back once again to talk about The Elder Scrolls V: Skyrim. For the latest entry, skills are covered.

There are a lot of problems that can be solved in Skyrim by running in and Shouting your head off, but for everything else there’s Sneak. This skill lets you skirt an enemy’s vision silently and deliver a critical strike to unwary opponents.

When I was playing The Legend of Zelda: Breath of the Wild, sneaking about the Yiga Clan Hideout, I jumped off a rafter and landed a sneak attack at the last second to take out a tough-looking guard and duck into the hallway with a sigh of relief. When I watched the guard’s death animation, I recalled my Norse rogue Skyrim character’s close call in a large bandit stronghold. The last room with the chieftain was filled with tough-looking outlaws at all angles, but I had quite a few pillars and heaps of broken stone around to work with. I crouched down and, with a few quick rolls between debris, snuck around to the chieftain and stabbed him right in the kidneys, removing the biggest threat in the room. I then looted his war chest in the corner and ran away like a ninny.

Sneak attacks also work with bows for a long-range sniper feel, with one of the most satisfying THUD sound-effects I’ve ever heard in gaming. If you want to be the silent assassin type, you’ll want to skill this up, and the only way to learn is by doing—so get to stabbing things! Did I mention that, though not as effective as daggers, this works with battleaxes and bows too?