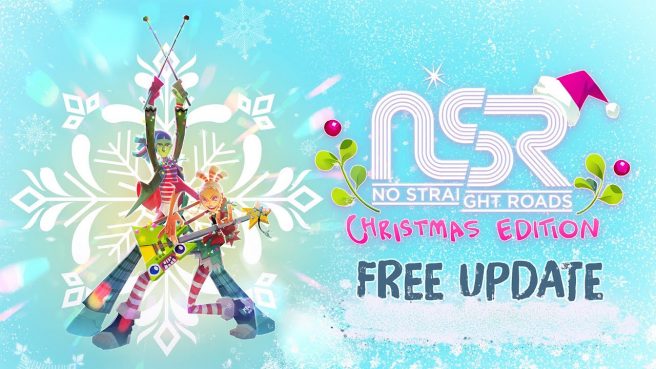 Sold Out and Metronomik today unveiled a new “Christmas Edition” update for No Straight Roads. While we don’t have a release date yet, it’ll be heading to Switch soon.

The upcoming update, which is entirely free, remixes the game with new Christmas music, decor, outfits, album art, and visual effects to celebrate the holiday season. Almost every boss – including their stage – has been given a Christmas makeover. Players will be able to access the new content from the boss fight menu in Vinyl City.

Here’s a trailer for the update:

We’ll let you know when the Christmas Edition update is live on Switch.