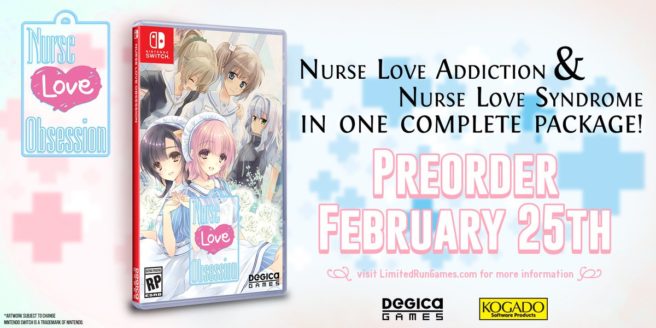 Nurse Love Obsession is getting a physical release, Limited Run Games has announced. The bundle, which contains Nurse Love Addiction and Nurse Love Syndrome, will be up for pre-order on February 25.

We also have an update on realMyst. Though we previously knew about plans for its physical edition, we now know that pre-orders will open on February 28.