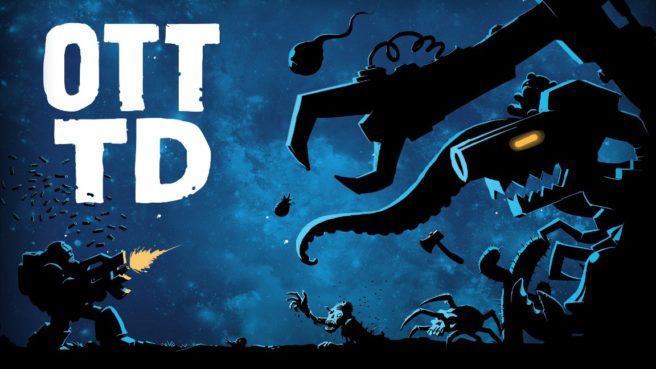 SMG Studio, the developer of Death Squared, has announced that it is putting the tower defense / real-time strategy mashup OTTTD on Switch. The best part? It’s essentially out now. Those in Europe can already purchase the game, and it should be live when the North American / European eShops update tomorrow.

Like explosions? Love giant, flying, undead sharks? Then OTTTD is the game for you for you! Alternatively, if you’d like a strategy game that cleverly blends TD & RTS genres for a tactical challenge across an action-packed campaign then OTTTD will scratch that itch.

We describe the game as “Spaceballs meets Starship Troopers”. But anyone under 30 has no idea what Spaceballs is (their loss) and legal said we wouldn’t be allowed to say that… so we fall back on “It’s an anything-goes TD game that doesn’t take itself seriously.”