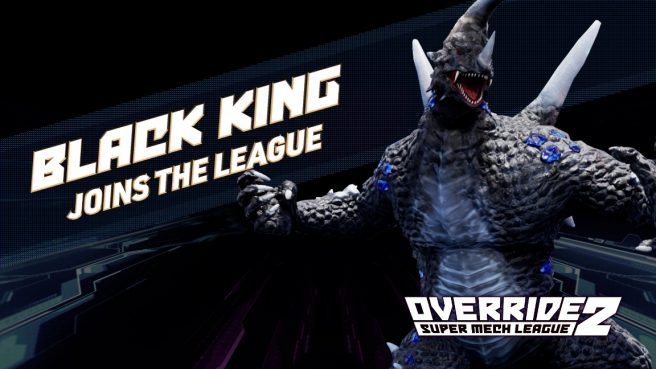 If you own the season pass for Override 2: Super Mech League, you can now get your hands on Black King. The character has gone live alongside the game’s latest update.

Modus Games says “Black King is a ravenous Kaiju from the Ultraman anime with the power to rip enemies to shreds with ease.” Ultraman and Bemular were previously made available in the season pass, with Dan Moroboshi to follow “in the coming months.”

Here’s a trailer for Black King: