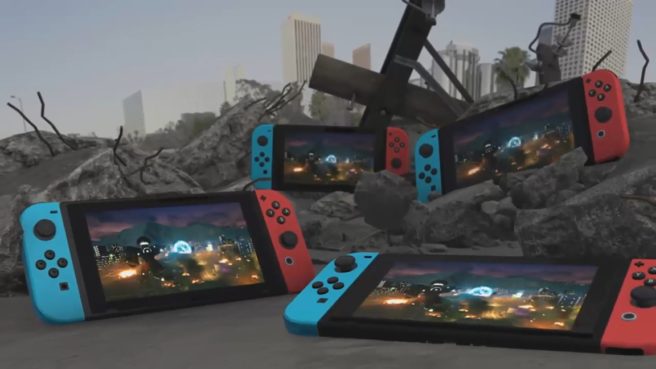 Override: Mech City Brawl – Super Charged Mega Edition is coming to Switch on October 15, an eShop listing reveals. The 3D mech-based brawler was announced for Nintendo’s console a few months ago, but didn’t have a release date at the time.

Override: Mech City Brawl is a 3D mech-based brawler. Control gigantic robots and duke it out in fantastic cityscapes. Epic battles await with distinctive mechs in 1v1 brawls, 4-person online free-for-all, or 2 to 4-player party co-op – where each player controls one part of two skyscraper-sized mechs. The game also features a single-player campaign to go it alone.

Pilot a diverse roster of epic – and ridiculous – mechs, each with their own play style, special moves, and finishers. Tower over your opponents and lay waste to entire cities underfoot. Get instant access to 16 legendary skins to make your mech stand out among the rest!