Owlboy physical version confirmed for Switch, out May 29

Posted on February 7, 2018 by Brian(@NE_Brian) in Switch eShop, Videos 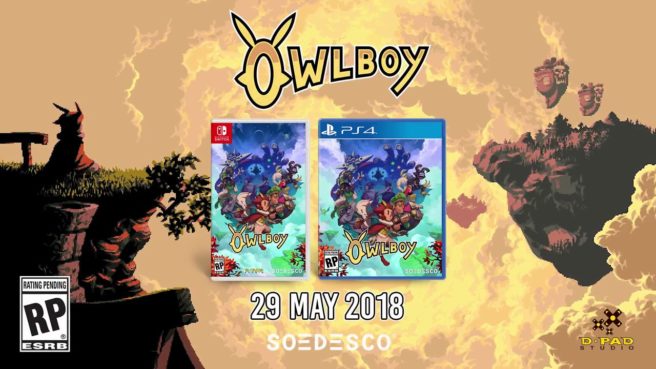 Owlboy lands on Switch next week as a digital download. But if you prefer hard copies of games, you’ll be happy to hear that a physical version is on the way.

SOEDESCO will be publishing Owlboy at retail, the company has announced. A release is planned for May 29 in both North America and Europe. No word on pricing just yet, but we’ll bring you that information when we have it.

As for the digital version of Owlboy, that’s planned for February 13.