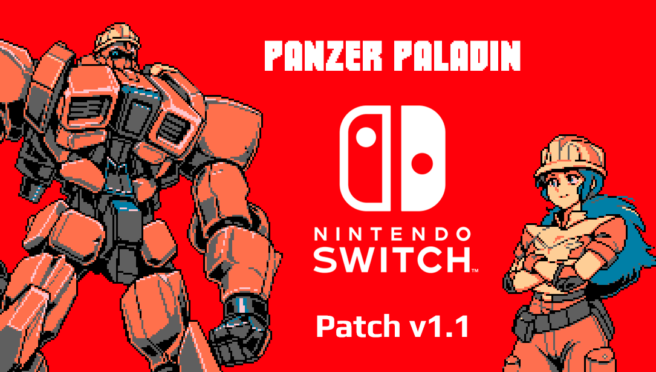 Panzer Paladin has been updated on Switch and is now at version 1.1. It addresses a number of key issues while also making a couple of improvements.

We are happy to announce that the disappearing bug with Nian, China’s Weapon Keeper, is now fixed. Moreover, from now on, when you fail a level (Game Over screen) in the Inverted Tower, you will be sent back at the beginning of that level. You will no longer lose the whole Inverted Tower progress, just that specific level’s progress. (You still shouldn’t go back to the World Map in between stages.)

Here’s a detailed list of changes included in the newest patch.

*Canada Story: Added a ceiling collision to prevent glitches in transition between part 3 & 4.

*Canada Remix: Added a ceiling collision to prevent glitches in transition between part 4 & 5.

*Japan Story and Remix: Changed detection direction on some exploding blocks to prevent softlocks and cheap deaths with Flame.

Panzer Paladin is available for Switch via the eShop.