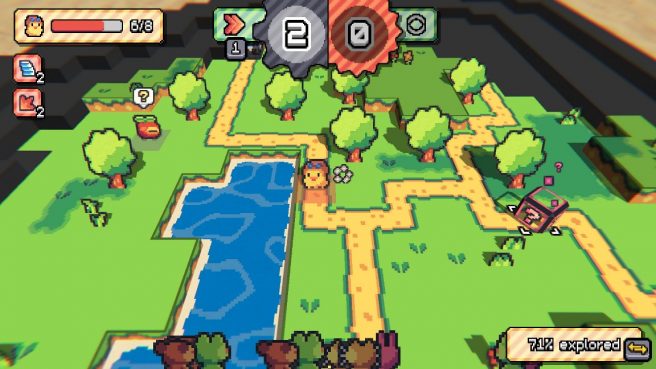 Paper Animal RPG landed on Kickstarter this week, and has already secured full funding having surpassed its goal of roughly $40,000. In the process, a Switch version has been confirmed.

The game, developed by Cuddling Raccoons Studio, is a roguelite RPG with a real-time tile-based battle system. Here’s some additional information:

Paper Animal RPG is a cute roguelike game where you can explore a colorful world, fight scary enemies and relax with your friends at the campfire! The game is inspired by and pays homage to the Paper Mario, Mario & Luigi as well as the Pokémon Mystery Dungeon series.

Once upon a time, there was a small village, which was inhabited by many animals of all colors and sizes. The village was ruled by a kind king, who reigned with grace and maintained the order between the animals. One day, the king suddenly disappeared!

A few days later, the village fell into despair and the once so cheerful days seemed gone forever. In the midst of chaos a group of brave adventurers emerged, determined to find the whereabouts of the king!

You can get a closer look at the game via the trailer we have below.

The Kickstarter for Paper Animal RPG has a number of weeks remaining, and you can contribute here – rewards even include a physical version. Right now there’s no word on a release window, but we’ll keep you updated with additional status updates in the future.