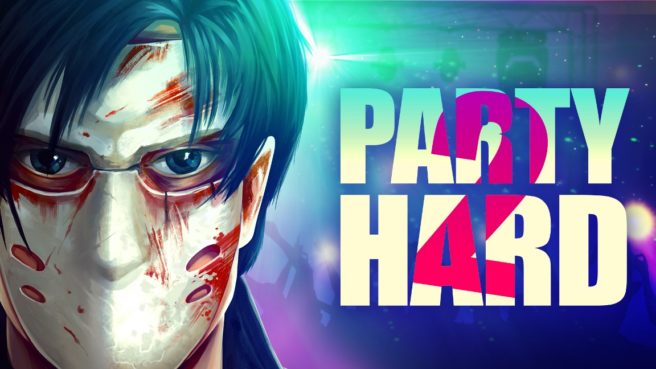 Party Hard 2 was looking like a strong possibility for Switch after it was rated by PEGI. tinyBuild made it official today, announcing the stealth strategy game for a September 8 launch.

We have the following overview and trailer for Party Hard 2:

• Dozens of new traps including combos: use different substances that react with each other. Why not set a chain reaction with water and electricity?
• 4 playable characters with entirely unique play styles, stats, and abilities!
• 14 sprawling levels featuring 2 boss fights
• 27-track OST
• Brand new crafting system and dozens of items to combine: why not a lighter and a can of gasoline?
• Take out multiple targets simultaneously with the powerful Multi-Kill ability!
• Scan the room for targets and useful objects using Party Vision!
• Interact with NPCs: get an NPC drunk, bribe punks, or make someone pee their pants in fear!
• Different objectives that match your playstyle! It’s your call if you want to choose only objective-sensitive non-civilian targets. Killing everyone works, too. Your playstyle may effect the progression of the game, specifically unlockables.
• Local co-op is back! Stop parties, with a friend!
• Brand new 3D visuals and lighting effects
• An intriguing story of vengeance and redemption. Yes, with a twist and a fugitive circus bear.

Party Hard 2 will cost $19.99 on the Switch eShop. Pre-loading is now available.