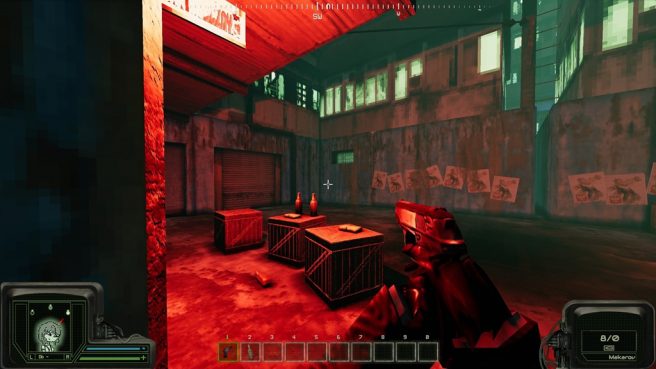 Publisher Top Hat Studios and developer Ninth Exodus today announced plans to put the post-Sovietpunk first-person shooter RPG Peripeteia on Switch. A release window has not yet been set.

Learn more about Peripeteia with the following overview:

Peripeteia is a new intellectual property created, designed, and wholly-owned by newcomers Ninth Exodus. Harkening back to the classic days of Ion Storm and Looking Glass Studios, the game is an immersive simulation, action-stealth, post-Sovietpunk RPG. In the cold, dystopian post-soviet Polish Solidarity Republic, you step into the cybernetic shoes of “Marie”; a trained assassin, cyberized supersoldier, and now military surplus. Dumped onto the streets within a formerly closed city—a hollowed carcass of a now-dead and obsolete area of the Soviet Union— Marie finds herself among the myriad of mercenaries and teched-out former soldiers fighting for global powers circling like vultures overhead.

Controlling Marie, seeing through her eyes immersed in this simulation, you will live an entire lifetime of experiences compounded into a single save file. Unlocking the hidden technology the old Union left behind, and the dark weapons of last resort they stood to unleash, is the goal of all who step foot in this cursed tomb. Decide to support your fellow Poles, who are burning through everything to ensure the survival of their new Solidarity Republic; betray those of your own blood to ensure the rise of the mysterious Second Union; or entertain the whispers of distant powers, who say nothing to you except tales of killings and unimaginable wealth. You will choose the fate of this world.

You can see what Peripeteia has to offer in the trailer below.

While Switch isn’t a part of the campaign, Peripeteia has been up on Kickstarter where it has already doubled its funding goal. Check it out here.