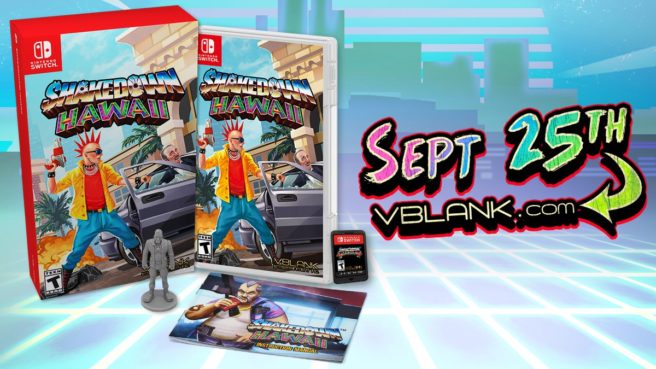 The physical version of Shakedown: Hawaii will be available starting next week, Vblank Entertainment has announced. Copies will be sold on the company’s website on September 25 at 10 AM PT / 1 PM ET / 6 PM in the UK / 7 PM in Europe.

4,000 units will be made for a special collector’s edition. It includes a physical copy of the game, an exclusive mini figure of The CEO character with a removable stand, a color manual, and a collector’s box.