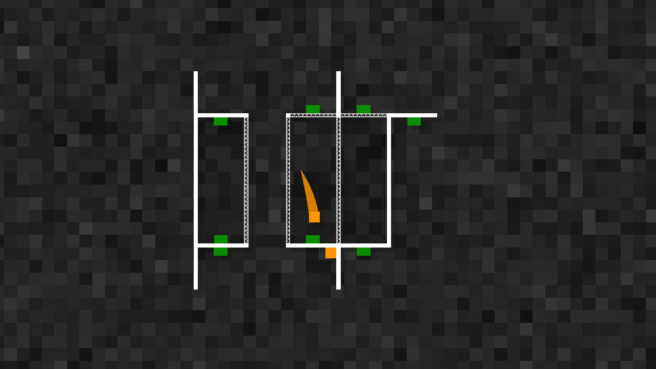 Deleveled is in the works for Switch, developer ToasterFuel and publisher The Quantum Astrophysicists Guild announced today. The physics-based puzzle-platformer is planned for release this fall.

Find creative ways to use gravity to your advantage as you navigate the mind-bending world of Deleveled.

In Deleveled, you simultaneously control two characters: one who falls down and one who falls up. Neither of them can jump but they can exchange momentum through solid surfaces. That’ll have to suffice as you help them make their way through dozens of puzzle-platforming challenges.

Each level contains several pairs of switches that must all be turned on before you’re allowed to exit. You’re only allowed to flip two switches at a time so you’ll have to think strategically to solve each puzzle.

Deleveled will cost $9.99 when it arrives on the Switch eShop.