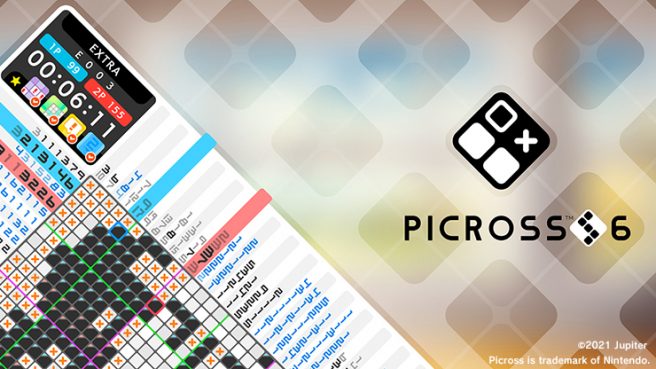 Picross S6 is on the way to Switch, Jupiter has revealed. It will release on April 22.

The 6th Picross in the S Series is perfect for a relaxing puzzle challenge!

New puzzles in”Extra” mode have been included as a freebie along with four other Picross modes: Picross, Mega Picross, Color Picross, and Clip Picross!

From this title onwards, units of 10 squares on the Count Grid are highlighted in different colors on the Extra Puzzles screen for large Picross puzzles.