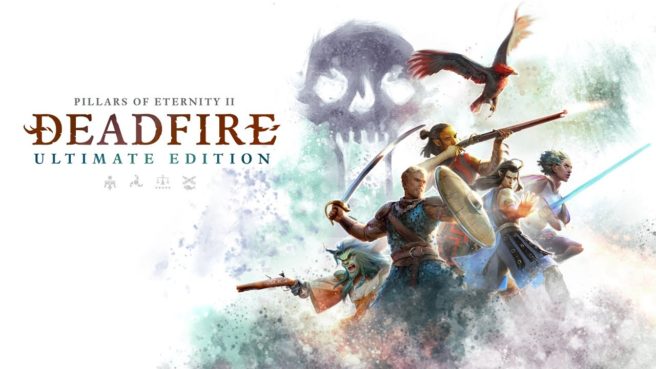 Pillars of Eternity II: Deadfire was originally known to be Switch bound since February 2018. We haven’t had much news since then, but Versus Evil has now provided update.

As part of Gamescom 2019, Versus Evil announced today that the game will be released on Switch as Pillars of Eternity II Ultimate Edition. There’s still no word yet on a release date, but it’s said to be “coming soon”.

We have the following overview and trailer for Pillars of Eternity II: Deadfire Ultimate Edition:

The rogue god Eothas awakened within the stone titan sleeping below your castle, killing your people, and stealing a piece of your soul. Only you and your companions can uncover the rogue god’s machinations as he traverses the Deadfire Archipelago.

The critically-acclaimed RPG from the masters at Obsidian Entertainment finally arrives, featuring all major updates and expansions.

Bend the world to your will as you explore the depths of infinite possibilities, including detailed character customization, total freedom of exploration, and more meaningful choices at every turn.
Featuring an enormous open world, a massive cast of characters, and a story you can play your way, Pillars of Eternity II: Deadfire Ultimate Edition redefines the role-playing game experience for a new generation.

Features:
+ Beast of Winter DLC – heed the call of Vatnir, a priest of the god of death, to halt the tide of destruction encroaching upon the living.
+ The Forgotten Sanctum DLC – battle your way through the bowels of a vengeful, sleeping god.
+ Seeker, Slayer, Survivor DLC – Triumph or die in the Crucible of Kazuwari, where only the mighty reign.
+ Play in either Turn-Based Mode or Classic Real-Time with Pause: Immerse yourself in a deeper single player RPG game experience – now with both classic real-time with pause and new turn-based combat, Deadfire builds on the foundation of classic tabletop gameplay more than ever before.
+ Over 100 hours of gameplay per playthrough.
+ Play however you want: Detailed character creator character and over 1000 class permutations gives you the freedom to be whoever you want.
+ Gather your party: Build your party and customize your companions to join you on your quest. Assign multiple classes and deeper abilities for each. Witness their personal relationships, reactions to player choice, and interactions with each other unfold.