PlatinumGames shares message about The Wonderful 101: Remastered and self-publishing 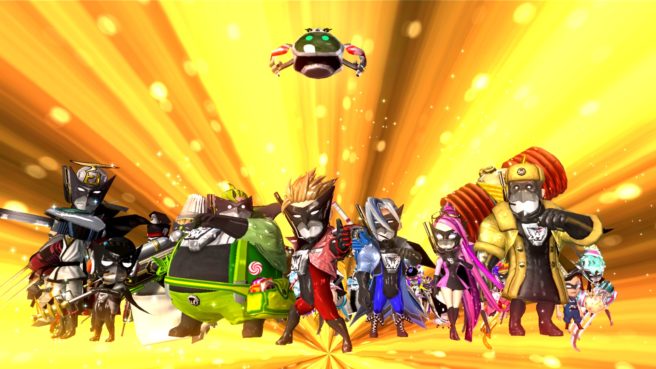 The Wonderful 101: Remastered ended up releasing on Switch and other platforms last month. It’s notable for a few reasons, including how it’s PlatinumGames’ first self-published title.

PlatinumGames president and CEO Kenichi Sato spoke about the milestone in a new website posting today. You can read it in full below.

The Wonderful 101: Remastered, our first self-published game in our 14 years as a company, is now on sale! As I write this, it’s available as a digital download in North America and Europe, though it won’t be in Japan until June 11, and physical releases are coming later.

It may be hard to see why this is such a major milestone for us. After all, PlatinumGames have put out more than a dozen games. So what makes this one so special? What makes it a “first” for us? Well, for all our other games, we’ve only been the developer – with other partners handling sales, publicity, and everything else that goes along with publishing a game. The original release of The Wonderful 101 was no different: we at PlatinumGames developed the game, and then Nintendo published it on the Wii U.

The Wonderful 101: Remastered sees that classic Platinum title reworked for modern platforms: Nintendo Switch, PlayStation 4, and PC via Steam. For this release, we’ve taken publishing and promotion into our own hands for the very first time. That’s why this release is such a big moment in our company history.

It’s a major step for us, and one that brings us that much closer to all of our fans.

Our mission as a company, our main goal as we make all of our games, is to become the number one developer for player satisfaction. That goal won’t change. Publishing our games ourselves deepens our connection to our players. It lets us get our message out to players even before games come out, it lets us put our games where players can get them, and it lets us hear players’ voices directly when they go looking for support.

All of this ties into the dream of player satisfaction that we’ve had since day one. In the past, we’ve devoted ourselves entirely to development, rather than split our resources with publishing before we were ready. But we’ve been building our self-publishing foundations up, little by little, and the time has finally come. The Wonderful 101: Remastered is the culmination of that resolve, the hard work of our staff, and cooperation from platform holders. I truly hope you’ll play and enjoy it.

We’re already thinking about self-published games to come. But don’t take that to mean we’re going to stop working with other publishers, too! That will continue as well.

Becoming number one in player satisfaction means making fun games. It means doing our best to get them to you. It means listening to your voices and aiming to put a smile on your face. And I think we’re poised to get there.

The Wonderful 101: Remastered is out now on Switch via the eShop. A physical version is slated for June 30 in North America and July 3 in Europe.