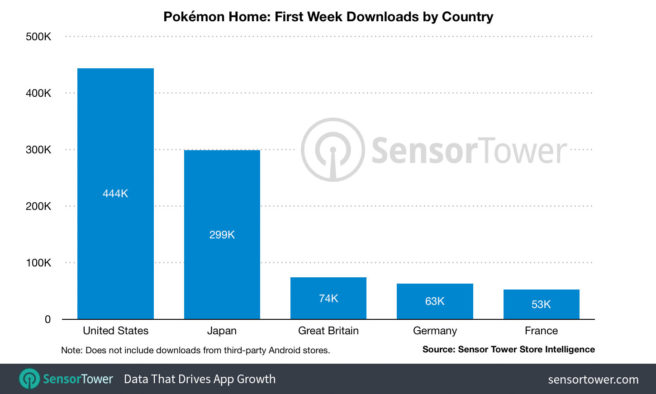 Pokemon Home has generated 1.3 million installs on mobile in its first week, according to Sensor Tower. Note that Switch is not included here.

It’s estimated that Pokemon Home users on mobile have generated $1.8 million in spending. The U.S., Japan, and the UK account for 40.8, 35.3, and 3.7 percent of user spending share, respectively.