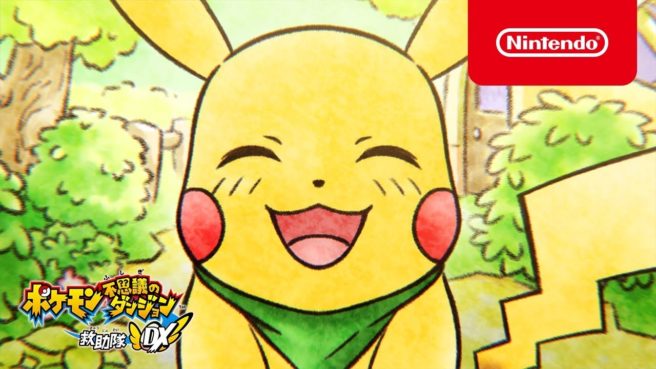 Pokemon Mystery Dungeon: Rescue Team DX sold about 140,000 copies in its first week in Japan. According to Dengeki, it saw an initial sell-through rate of 70 percent.

Dengeki points out that the original versions of Pokemon Mystery Dungeon: Rescue Team DX as well as Explorers of Time/Explorers of Darkness ended up selling over one million units, so we’ll have to see if this new Switch remake can match those same heights.