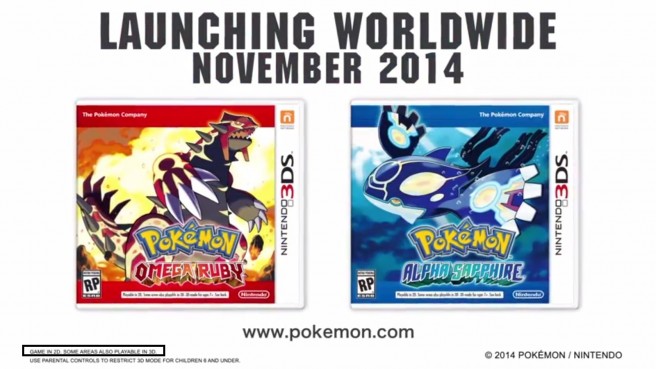 If you’ve seen the teaser trailer for Pokemon Omega Ruby/Alpha Sapphire, you may have noticed a small notice tucked away in the bottom left corner towards the video’s end. It states, “Game in 2D. Some areas also playable in 3D.”

You may remember that Pokemon X and Pokemon Y featured some stereoscopic 3D, though some areas such as the overworld did not. It sounds like we have a similar case here with Omega Ruby/Alpha Sapphire.