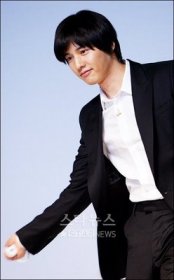 “Hard-core gamers don’t like to buy the Wii because the Korean version can only play Korean version software titles, which so far are few. Many want to play popular Japanese titles. This is important because it is hard-core gamers who lead the gaming market trend.” – Jang Jae-heung, 30 year-old gamer

From what I hear, most of the Korean people purchase their Wii products through Japan. I can’t really blame them either, considering Korea will be seeing the games already released in other territories much later.