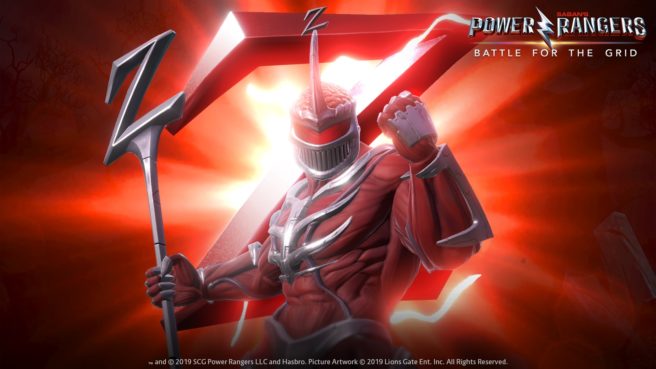 nWay has announced that a new update is now live for Power Rangers: Battle for the Grid. With version 1.4, Lord Zedd has been added to the roster as paid DLC. The game’s Story Mode is also now complete with the third act, and the patch provides additional gameplay improvements.

Lord Zedd (Season One – Character 3): The self-proclaimed “Emperor of Evil,” Lord Zedd has conquered and enslaved much of the galaxy. Initially leaving the “insignificant” Earth for Rita Repulsa to conquer, he returns to punish her for her failure and finish what she started.

Lord Zedd wields his Z-Staff to blast his enemies from range but can also pull them in to close to unleash devastating attacks. His combo potential is high and even more impressive when he calls upon the Putties to help aid in him in battle.

Lord Zedd is available for purchase as part of Season One Pass for $14.99, which also includes Trey of Triforia and Jenn Scotts characters, and Jason Lee Scott with Dragon Shield character skin. Lord Zedd can also be purchased individually for $5.99.

Story Act III: The Finale: Lord Drakkon and his army continue to travel through dimensions, conquering the Rangers and threatening all existence. With the fate of reality at stake, Zordon and Commander Cruger ask Rita Repulsa to join forces in order to stop Lord Drakkon and his powerful army. Tune into Act III and find out if Rita has been convinced to join the Rangers to defeat her old apprentice.

Story Act III is included in the free v1.4 update.

Combat improvements to make the battles even more fun and engaging

Ability for players to preset their favorite teams