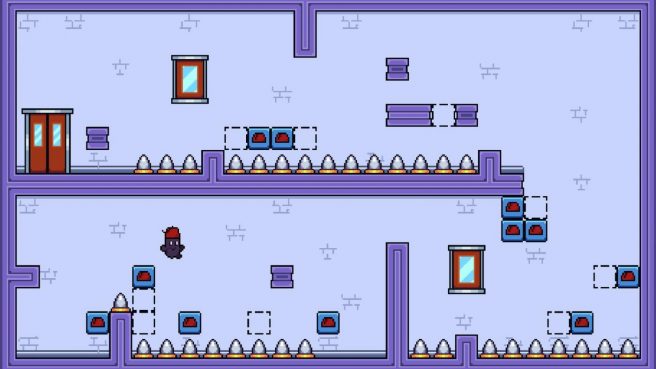 Original (9/6): Today, Eastasiasoft and Naoka Games announced that they’re working together to bring Hatup to Switch. The precision platformer is slated for this fall.

Below is an overview of the title:

Take the role of a little purple humanoid as he navigates tricky puzzle stages that change depending on whether he’s wearing his fez-style hat or not! Hatup is a precision platformer with single-screen stages where the objective is to avoid spikes and other traps while collecting keys and toggling platforms on and off.

Are you clever enough to escape each level and move on to the next challenge?

And here’s a trailer for Hatup: