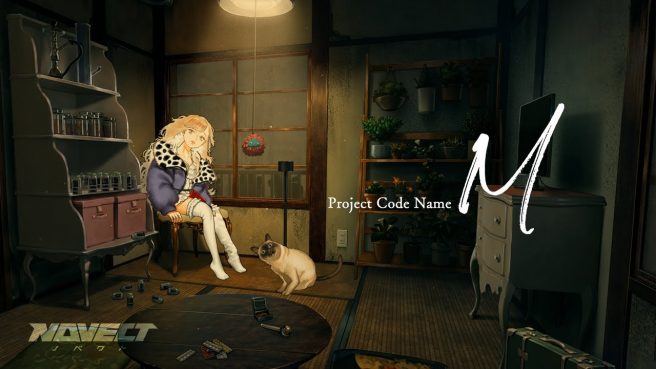 NOVECT, the developer behind The House in Fata Morgana, today announced Project Code Name M. The mystery adventure game is currently in development for Switch and other platforms.

From the developer of The House in Fata Morgana, NOVECT, currently in development is a brand new mystery adventure game set in a downtown Tokyo of modern Japan. You, the player, create murder scenes as a killer, and pursue the truth of serial murder case as a sleuth.

Protagonist, a corpse disposal business, takes on a series of murders in downtown Tokyo in modern Japan. Along with the protagonist, who works for a corpse disposal company, the story explores Asakusa and Yoshiwara, downtown Tokyo in modern Japan, to solve a serial murder case. While depicting the dark side of Japan, including the Japanese underworld, the story follows the mysteries with a total of over 20 fascinating characters. We are working hard to develop this game so that players can enjoy the exciting suspense and the thrill of solving a mystery.

A new song “The Sheep in the Slaughterhouse” by Yusuke Tsutsumi, a talented musician who has provided soundtracks for numerous Japanese dramas and movies, and singer tetem. has been available on streaming services like Spotify and AppleMusic since May 13.

The first teaser trailer for Project Code Name M can be found below.

Project Code Name M does not currently have a release date. Fans can check out the new teaser site here.