Project MEKURU in the works for Switch 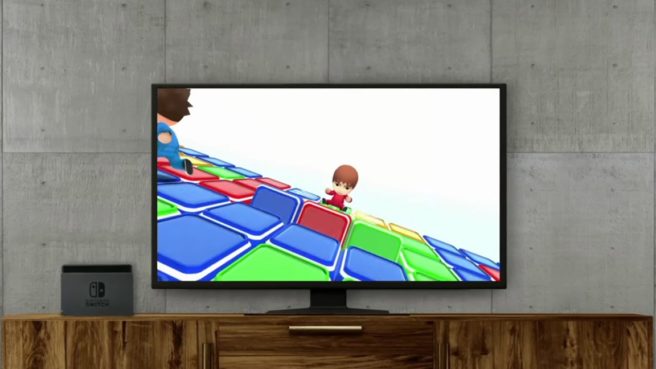 Overfence is developing Project MEKURU, the company revealed during a Nintendo Indie Showcase event at GDC. This was first teased during the Nintendo Switch Presentation 2017 sizzle reel last month.

Project MEKURU is a multiplayer game in which players ground-pound on tiles to capture territory on the stage. A video depicted four-player battle mode gameplay on stages composed of tiled flooring and obstacles. Mii support is confirmed, and a ground-pound move to smash into the floor and flip over closeby tiles to their color instead of that of their opponents was shown. Power-ups, different stage layouts, and how getting caught in the flipped-tile area of an opponent’s ground pound would send you flying off the stage were in the video as well.

Development on Project MEKURU is said to be going well, though there’s no release date currently.