Posted on September 22, 2019 by Brian(@NE_Brian) in General Nintendo, News 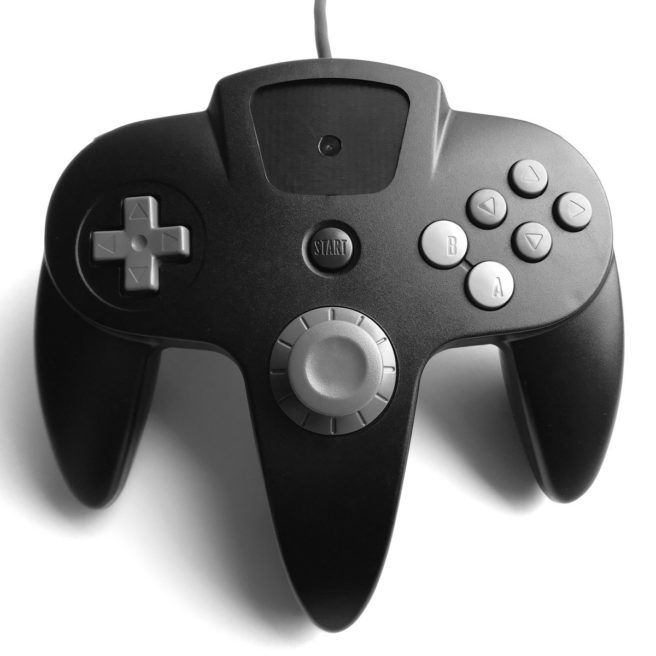 During the early days of the N64’s development, Nintendo referenced the console under its code name Ultra 64. Now all of these years later, a prototype controller has been found in the wild and taken apart.

Video game preservationist Shane Battye shared his findings on Twitter. We have the following information and photos from his discovery:

– It houses a thumbstick significantly different to the final retail version
– First appeared in a black and white press release photo alongside the Ultra 64 back in 1995
– Connector isn’t a normal N64 plug; it’s an RJ-11 connector
– This ‘prototype’ controller is also a ‘development’ controller intended to be used with SGI Indy workstations with u64 development boards
– Small Z-trigger button
– The board is close to retail but shape and mount points slightly different
– A/B positions are reversed (although aren’t externally)
– The cable has the familiar three wire layout to a blue 4p header
– The thumbstick is broad, shallow cup-shaped and has a circular range of motion with directional indicator markers on the shroud
– The mechanism is familiar but it doesn’t come apart like a retail stick
– The stick itself is anchored by cross positioned shafts, unlike the retail it doesn’t just pop out on opening

You can keep track of future developments with the prototype Ultra 64 controller on Battye’s Twitter account here.