Psychic 5 Eternal announced for Switch, remake of the 1987 game 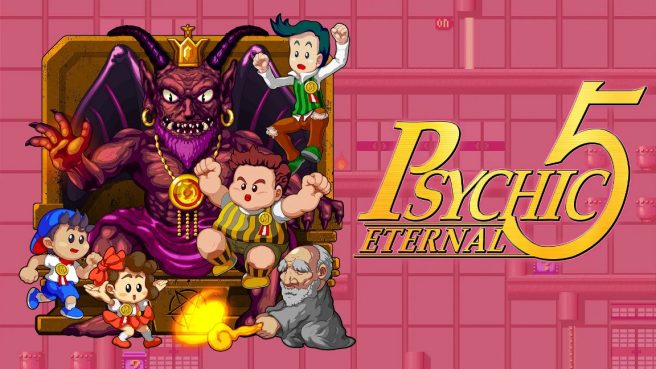 Psychic 5 originally released for arcades in 1987. The action game has players going on a mission to save their friends in a vast maze kept by the Demon King.

This game is an action game and your goal is to save your friends in a vast maze kept by the Demon King.

Your jumps are floaty and you can play five different characters, from a little girl to an old gramp.

It features an arcade mode with the old vertical screen, but also a brand new 16:9 screen ratio and a two-player mode—in which two players share the screen.

And that’s not all: you can switch between the old graphics and new ones made for this new title.

As for the soundtrack, new arrangements were done by Shinichi Sakamoto, the original composer of the arcade version.

Get a look at a trailer for Psychic 5 Eternal below.

Psychic 5 Eternal will be featured at the City Connection booth at the Tokyo Game Show this week where it will be playable for the first time.