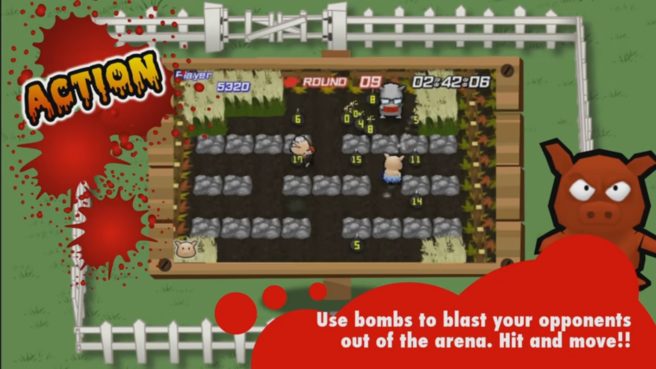 Psycho Pigs, a remake based on Jaleco’s Butasan, originally started out as a Japanese release. It then joined the European 3DS eShop this past summer. In North America, it will be available starting this week. An eShop listing has it down for October 6. The game will cost $7.99.

The main gameplay in Psycho Pigs involves throwing bombs at pigs to blast them out of the arena. If you missed it, we have the English trailer below.