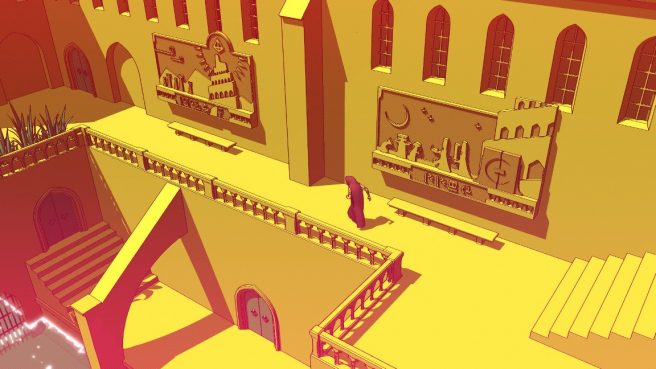 Publisher Focus Entertainment and developer Rundisc have announced that Chants of Sennaar, a puzzle adventure game, is in development for Switch. The project is targeting a 2023 launch.

Learn more about Chants of Sennaar in the following overview:

Unveil mysteries behind the fragments of the past.

Legend says that one day, a lone traveler will reunite the Peoples of the Tower, who are no longer able to understand each other following a terrible malediction. Explore and discover an enthralling world in a colorful, poetic setting inspired by the myth of Babel, in which the people have been damned by the Gods. Uncover an ominous truth and unveil the mysteries of this fascinating universe where ancient languages are both the lock and the key.

Embark on a captivating journey with a unique language to decipher.

– Explore a beautiful, enthralling world with a strong narrative inspired by the myth of Babel.
– Observe your environment and solve puzzles to unveil the mysteries around you.
– Decipher ancient languages to restore the connections between the Peoples of the Tower.

View a trailer for Chants of Sennaar below.

Chants of Sennaar will be sold digitally for Switch via the eShop. More information will follow in the future, including a release date.