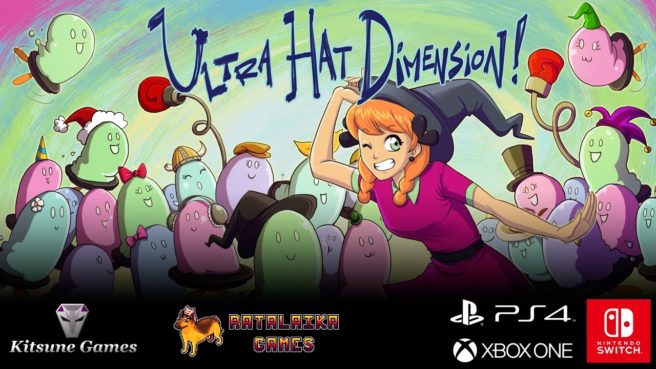 The puzzle title Ultra Hat Dimensions will arrive on Switch next week, publisher Ratalakia Games and developer Kitsune Games announced today. A release is set for July 17 via the eShop.

We have the following overview and trailer for Ultra Hat Dimension:

Ultra Hat Dimension is a puzzle game about adorable hats and people getting punched for wearing them. The catch is that the player can’t punch anyone; instead, they must use the power of hats to convince others to do the punching for them. Find and defeat the Spluff responsible for all this chaos!

Explore through the levels of the majestic Spluff Palace to find and defeat your arch-nemesis!