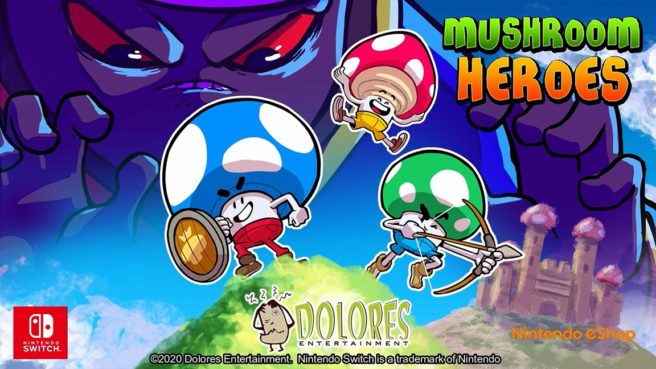 Today, Dolores Entertainment and Redro Games announced that Mushroom Heroes is coming to Switch. The game, which is a puzzle-platformer, is lined up for an April 30 release.

Retro platformer where the player can switch between three different characters. You have a 3 mushroom hero and each mushroom has special abilities, some of which the player needs in order to pass certain obstacles.

Jumpi can jump higher and float in the air.

Yuppi can kill enemies with his bow. The bow can also be used to detonate some walls and bombs.

Dombi can block enemies projectiles with his shield, and he can push or pull some objects.