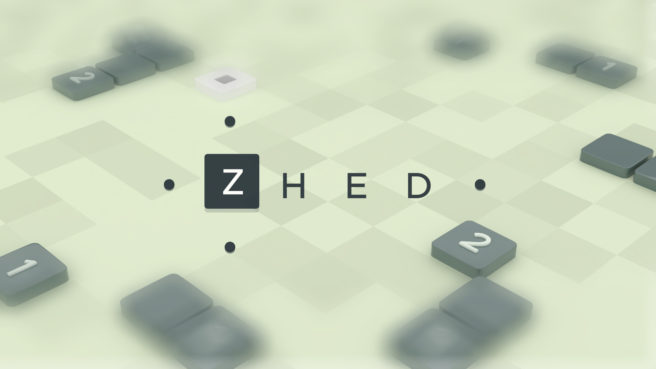 Ground Control Studios will be putting its puzzle title on the Switch eShop next week, the developer announced today. If you’re interested in seeing what the game has to offer, a demo can be downloaded now.

ZHED supports use of the Switch’s touch screen. According to Ground Control Studios, players can look forward to console-exclusive puzzles and features in the future such as additional game mechanics and play modes.

Here’s an overview of ZHED, along with a trailer:

ZHED is an instant classic puzzle game. Based on a simple mechanic it builds onto increasingly complex puzzles that challenge you to a level you would not imagine. No timers, no clocks, no stars and no tricks, just pure puzzles for you to enjoy. It’s the perfect brain-teaser that lets you train focus, concentration and memory.

Tap a square and select a direction (upwards, downwards, to the left and to the right). See how the square reacts when they intersect with each other, and build a path to fill the goal square. When you finished, the next level will show up! You can undo moves or restart levels as much as you want.

How many levels are there?

There are currently 5 level packs with a total of 100 challenging and curated levels.