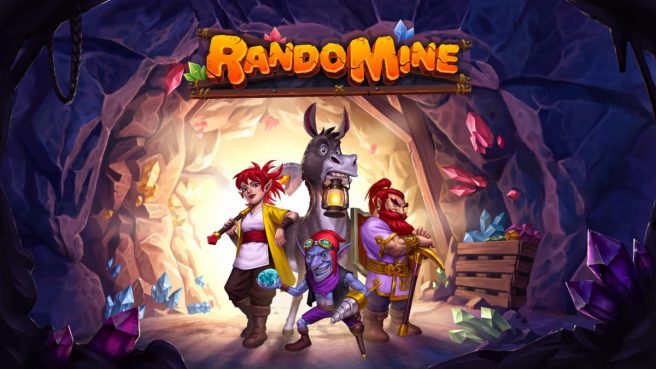 Learn more about the project in the following overview:

It’s a glorious day when a deserving group of heroes are promoted to demigods at the prestigious Celestial Tavern. However, one seemingly innocent, celebratory drink could cost these heroes not only their good standing but their physical form to boot. It could also release hundreds of chaotic Randos into the world and destroy the ancient tavern itself, but we’d rather not talk about it.

Following this unfortunate incident, in a fit of rage, the wise and powerful Innkeeper revokes the heroes’ promotions and transforms one into a donkey – both only to be restored once the tavern is fully repaired. Right the wrongs of four … well, three overzealous champions by traveling the lands in search of much needed funds. Dive into the treacherous underground to mine gold, gems, and other riches, fending off the very vermin these nincompoops released.

Employ the specialized talents of Kromp’s rock-solid pickaxe, Loppathia’s trusty shovel, or Praask’s fast-acting drill. Conquer local tyrants across three biomes to vanquish evil from the land, if the halfwit heroes survive. If they don’t, no matter! Death is but a mere inconvenience.

Respawn at the hub (still destroyed, by the way) and start anew. Visit towns to spend gold upgrading the group’s arsenal, and healing springs to rejuvenate after battle. When all are ready, gather supplies, pet the donkey, and press on until the tavern is repaired and the heroes are imbibing ale as the next demigods of the realm.

Speaking on today’s announcement, designer Alexander Buzgó said: “RandoMine is a fun, vibrant game that can be enjoyed for hours on end. Heroes can choose which character they want to embody and change it up encounter after encounter, keeping every individual run fresh and exciting.”