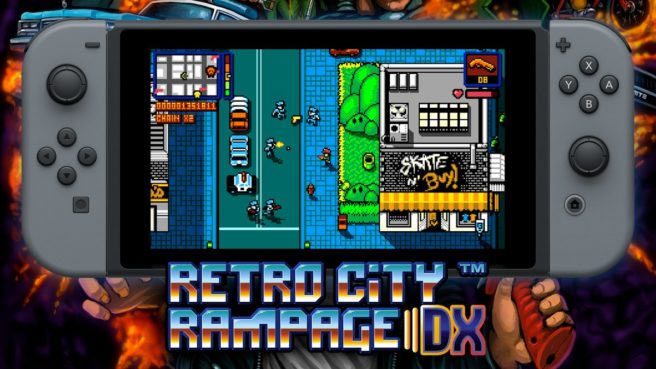 As a way of tiding fans over until the release of Shakedown: Hawaii, Vblank Entertainment is putting out its previous game Retro City Rampage DX on Switch. It could end up on the eShop either this week or next week.

Like each port before it, it contains little tweaks that polish the game even further (I just can’t help myself!). From little things like the slightly more stylish score display, to improved enemy stomp and swimming controls, to improved lock-on targeting, and mission difficulty tweaks. If you couldn’t beat Death Cam VHS before, you’ll have a leg up on Switch!

As for Shakedown’s release, don’t worry! This surprise port hasn’t lead to any sort of delays with that. If anything, this’ll ensure that once ready, Shakedown gets through Nintendo Switch certification quickly, since our road’s been paved by RCR:DX.

We also have this teaser for the Switch release: