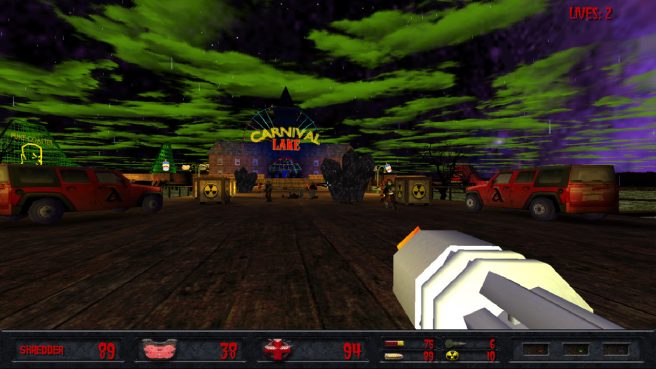 Publisher Tendokore and developer MercySoft announced today that Carnal, a fast and challenging retro first-person shooter inspired by titles from the 90’s, is heading to Switch. A release date has not yet been confirmed.

Carnal was developed with the Quake and Build Engine. The game features a mix of first-person shooting and a horror atmosphere. According to Tendokore, “every episode and unique level will keep you on the edge.”

You’ll play as a member of the Realm Defense Force and take on Sons of Anak, who has opened portals to the “other side” throughout the city of Seed Valley. The terror organization intends to extract Dark Matter in order to build weapons of mass destruction. The primary objective will have you destroying their soldiers and operations as well as other hostile enemies.

Tendokore says that availability and pricing for the Switch version of Carnal will be made known at a later date.