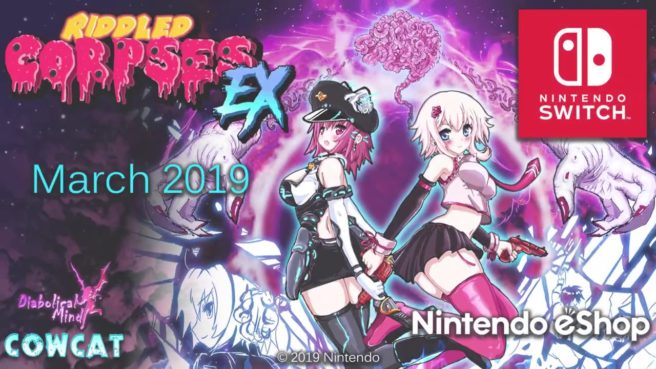 Cowcat has announced that Riddled Corpses EX, a twin-stick shooter reminiscent of arcade games from the ’80s and ’90s, is coming to Switch. Diabolical Mind released the game previously, but it’ll now feature 60 frames per second, additional story elements, and two-player co-op.

Here’s some additional information, along with a trailer:

Riddled Corpses EX is a twin-stick shooter made in the style of 8/16 bit arcade games.

Travel through diverse locations packed with danger and huge bosses. Choose your character wisely and make good use of their abilities and the special items (clock, dynamite and turrets) to progress and destroy the root of evil!

– 6 characters with varying stats and abilities

– Register your best scores on the online leaderboard!