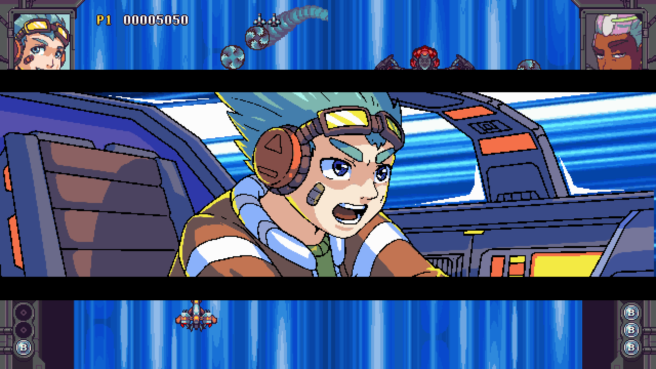 Degica Games and Spacewave Software have announced that a major update is out now for Rival Megagun.

Train against the CPU while waiting for a human(oid) opponent!

Why just sit around and wait to fight a friend or stranger, when you could be honing your skills instead? Waiting for player-opponents is finally a fun affair! Give yourself that extra advantage you need to mop the floor with all who would dare challenge you.

Winning is its own reward, sure, but what’s even better than that? Actual rewards! Yes, now you can level-up during online battles and unlock new avatars in the process, which can be used to customize your player-profile!

Let the A.I. do the heavy blasting!

This one’s our personal favorite, and the biggest game-changer! You know all about deploying the Mega Gunship during battle, right? You blast over to the opponent’s screen with a massive boss mech and show ’em what-for!

But what if you want a more efficient killing strategy, letting you wreak havoc on both sides of the split-screen at the same time? In that case, why not deploy your Mega Gunship?! As in, let the computer take control of your boss, while you continue to chain like an unstoppable force of nature on your own screen!

This new feature for Versus Matches is of course optional, but definitely an exciting way to remix the usual gameplay of Rival Megagun by quite a bit!

And above only scratches the surface!

Yes indeed, the list would simply be too long to show them all in detail!

Balancing tweaks for pretty much ALL characters and gear, deliberately adjusted based on player-feedback!
Optional power-ups for destroying an opponent’s Mega Gunship in battle mode!
Some bothersome bugs got squashed!
Lots of small quality-of-life fixes to gameplay and options!
SO… MANY… DRONES… …or fewer, if that’s your preference!

It’s also been confirmed that the physical versions from First Press Games are scheduled for October. Copies should include today’s patch.