Route-lite RPG The Hand of Merlin heading to Switch 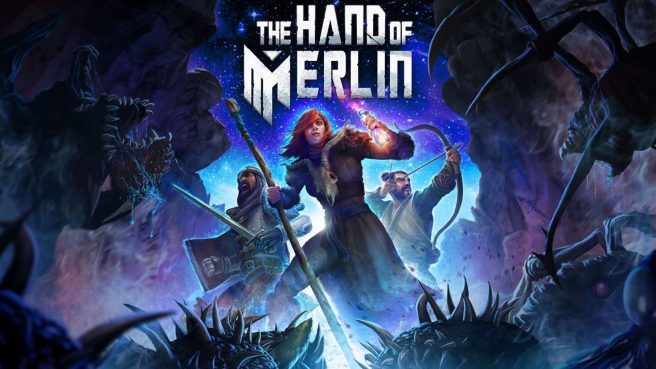 Versus Evil, Room-C Games, and Croteam have announced that The Hand of Merlin will be seeing a release on Switch. The rogue-lite RPG is slated for June 14, 2022.

The Hand of Merlin has previously been in Early Access. When it makes it to Switch, it will include all eight major updates from the PC version released thus far. New features and gameplay enhancements include meta progression, passive skills, alternate maps, varied difficulty modes, and overhauled visual VFX.

More information about The Hand of Merlin can be found below:

The Hand of Merlin is a turn-based rogue-lite RPG written by Jonas Kyratzes (The Talos Principle, Serious Sam 4) and Verena Kyratzes (The Lands of Dream, Serious Sam 4) in which Arthurian legend clashes with dark sci-fi horror. Players recruit three mortal heroes on a desperate journey from Albion to Jerusalem to explore richly-imagined medieval lands on the brink of apocalypse – assaulted by an otherworldly evil. In The Hand of Merlin, choices are permanent, the decisions players make in the game can make all the difference to their party’s synergy and combat prowess.

Utilizing squad-based and turn-based combat, players can employ tactical cunning to use cover, set up ambushes and coordinate attacks to conquer both human and unworldly abhorrent foes looking to do them harm. With a large focus on exploration and encounter, players will traverse an intricately crafted multiverse as they jump from one parallel dimension to the next. Each world saved is saved forever, but each world lost is lost for all eternity, consumed into darkness. Adventurers will need to weigh the consequences of their actions in the decisions they make since their human form has its limits.

“We’re excited to be able to announce that The Hand of Merlin will be a multi-platform release that includes console and PC, merging a heavy dose of dark Sci-fi into traditional Arthurian legend gave us the creative freedom to bring something refreshingly different to the turn-based and squad based RPG genre.”

We’ve included a trailer for The Hand of Merlin below.