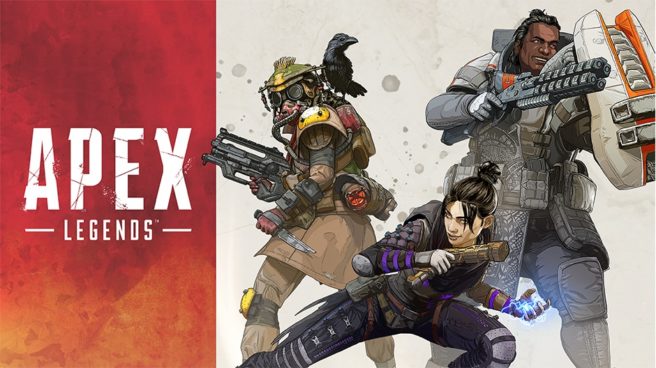 EA has previously indicated that it intends to give Switch additional support this year. At least in one way, that could manifest by porting the free-to-play battle royale title Apex Legends to Switch.

The speculation has come about thanks to a new article from VentureBeat. Editor Jeff Grubb, who has recently reported accurate Nintendo rumors, has suggested that an announcement regarding Apex Legends for Switch could be made during the EA Play 2020 event, which will be held tomorrow. Grub labels his piece as “informed speculation.”

The official Twitter account for Apex Legends has confirmed that it will have a news update during the presentation. However, that could be for additional content planned for the game, and there’s no official confirmation at this time.

For those that haven’t been keeping up with Apex Legends, check out the following overview and trailer:

Conquer with character in Apex Legends, a free-to-play Battle Royale shooter where legendary characters with powerful abilities team up to battle for fame & fortune on the fringes of the Frontier. Master an ever-growing roster of diverse Legends, deep tactical squad play and bold new innovations that level up the Battle Royale experience—all within a rugged world where anything goes. Welcome to the next evolution of Battle Royale.

A Roster of Legendary Characters
-Master a growing roster of powerful Legends, each with their own unique personality, strengths and abilities that are easy to pick up but challenging to truly master.

Build Your Crew
-Choose your Legend and combine their unique skills together with other players to form the ultimate crew.

Strategic Battle Royale
-Use your abilities–and your wits–to make strategic calls on the fly, adapting your crew’s strengths to meet new challenges as the match evolves.

Genre-Evolving Innovation
-Experience a brand-new array of innovative features that level up the Battle Royale genre, including Respawn Beacons, Smart Comms, Intelligent Inventory and an all-new way to drop into the action with Jumpmaster deployment.

Sweet, Sweet Loot
-Drop in and loot up with a host of powerful weapons, diverse attachments and useful armor to protect you in battle. After the fight, collect a wealth of cosmetic options for personalizing your character and weapons, and unlock new ways to show off during the match.

Respawn Entertainment previous expressed some interest in bringing Apex Legends to Switch last year. Of course, if there does happen to be an official announcement, we’ll be sure to let you know. For the time being, take today’s report with a grain of salt.