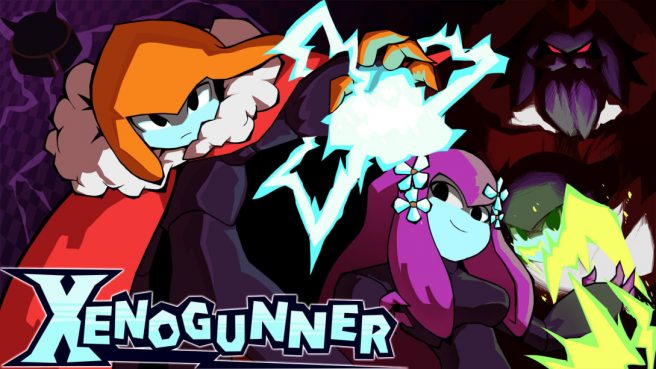 Clickteam, in partnership with Happy Frog Games, will soon be bringing Xenogunner to Switch. The run-and-gun platformer releases on July 30.

Blast your way thru a large variety of bosses, from a dragon to a mercenary in a flying car. Save the universe from the evil Xeno gunner in this intense boss-focused run-and-gun platformer!

In the future year of 2011, Zeta Reak, kind, gentle king of the Xenolians, is overthrown by a powerful tyrant named the “Xenogunner”.

The Xenogunner is a mysterious being capable of many frightening feats, using a power known as “Xenonature”, a powerful energy that grants one trained in the use of it many elemental and non-elemental powers.

Zeta, too, is gifted with the powers of Xenonature. It’s up to Zeta to overthrow the Xenogunner and reclaim the throne…

…but is the Xenogunner actually the one pulling the strings…?

Xenogunner is an intense boss-focused run-and-gun platformer based on games from the days of 16-bit consoles. With the addition of conveniences like mouse aiming and highly customizable difficulty settings, we believe that we’ve truly modernized a classic game genre that started in decades long since past.

Xenogunner will cost $14.99 on the Switch eShop.